The Kyushu National Museum (九州国立博物館, Kyūshū Kokuritsu Hakubutsukan) opened on October 16, 2005 in Dazaifu near Fukuoka—the first new national museum in Japan in over 100 years, and the first to elevate the focus on history over art. The distinct modern impression created by the architectural facade is mirrored in the Museum's use of technological innovations which are put to good in making the museum's collections accessible to the public. For example, the museum's extremely high resolution video system, with the latest image processing and color management software, serves both in documenting the objects in the museum's collection and also in expanding access beyond the limits of a large, but finite exhibition space. The striking wood and glass building in the hills, it hosts important collections of Japanese artifacts, particularly ceramics, related to the history of Kyūshū. It hosts temporary exhibitions on the third floor, while the permanent collections are on the fourth floor. The collections cover the history of Kyūshū from prehistory to the Meiji era with particular emphasis on the rich history of cultural exchange between Kyūshū and neighboring China and Korea. Unlike most museums in Japan, which contract out conservation work, the Kyushu National Museum has an extensive on-site suite of conservation labs and associated staff, serving as the major conservation center for all of western Japan. The museum was designed by Kiyonori Kikutake. 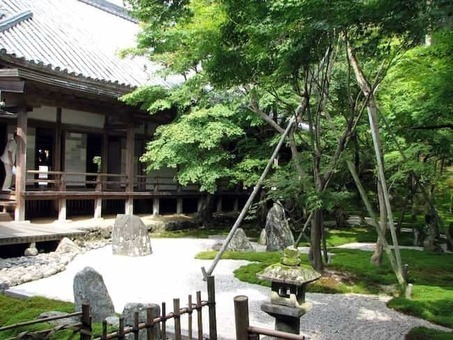