Kegon Falls (華厳滝, Kegon Taki) is located at Lake Chūzenji (source of the Oshiri River) in Nikkō National Park near the city of Nikkō, Tochigi Prefecture, Japan. The falls were formed when the Daiya River was rerouted by lava flows. The main falls had a height of approximately 97 metres (318 ft) and about twelve smaller waterfalls are situated behind and to the sides of Kegon Falls, leaking through the many cracks between the mountain and the lava flows. In the autumn, the traffic on the road from Nikko to Chūzenji can sometimes slow to a crawl as visitors come to see the fall colors. In 1927, the Kegon Falls was recognized as one of the "Eight Views" which best showed Japan and its culture in the Shōwa period. It is also listed as one of the "Japan’s Top 100 Waterfalls", in a listing published by the Japanese Ministry of the Environment in 1990. The Kegon Falls are infamous for suicides, especially among Japanese youth. 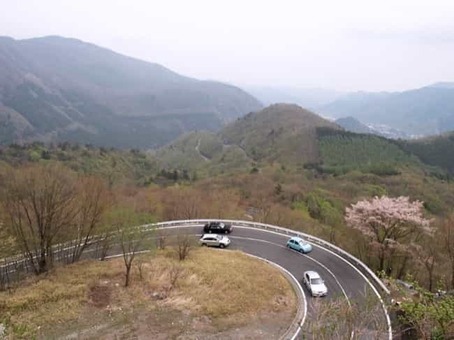