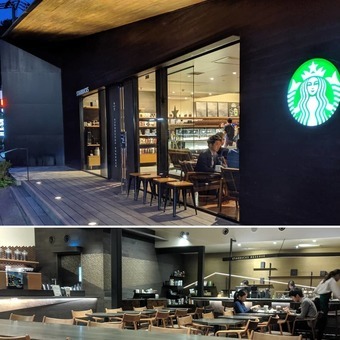 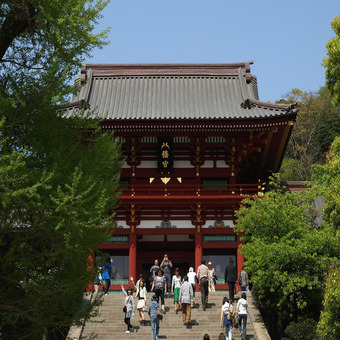 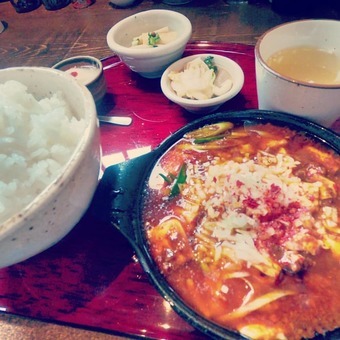 kitakamakura
The largest Shinto shrine in otherwise almost solidly Buddhist Kamakura, built by Yoritomo Minamoto (1147-1199) founder of the Kamakura Shogunate and the first Shogun in the Kamakura Period (1185-1333). Just a bit north of the station, this shrine attracts a million visitors on New Year`s Day to see the first sunrise of the year (Japan Rail runs trains all night long). If you`re lucky, you may see a traditional wedding going on in the plaza in front of the main shrine. The ```Ritual Dance Stage``` (舞殿) is the spot where Yoritomo forced the hunted Yoshitsune`s Lady Shizuka to perform a dance for him. Rather than celebrating Yoritomo, Lady Shizuka`s dance expressed her love for Yoshitsune and her sorrow at his plight. This event is commemorated during the Kamakura Festival in April. Twice each year, in the spring and fall, you can watch demonstrations of Yabusame (archery from galloping horseback, in full samurai regalia) at Hachimangū. 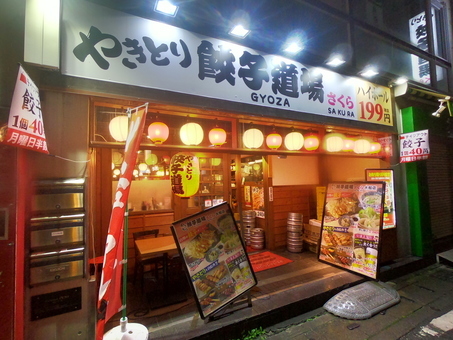